For almost a century, scholars have debated about what happened during the Warring States (Zhanguo) period. Was this a period of great intellectual foment and social mobility — unlike earlier eras, was this actually a time talented men of obscure origin could rise to the height of state power based on their hard work, ability, or sheer cunning? Or was this simply a time of political violence and social upheaval? This paper attempts to reframe the question — by shifting the attention from the events to the time period itself. It asks when did historians and Chinese first recognize the Warring States as a discrete historical moment, and why? 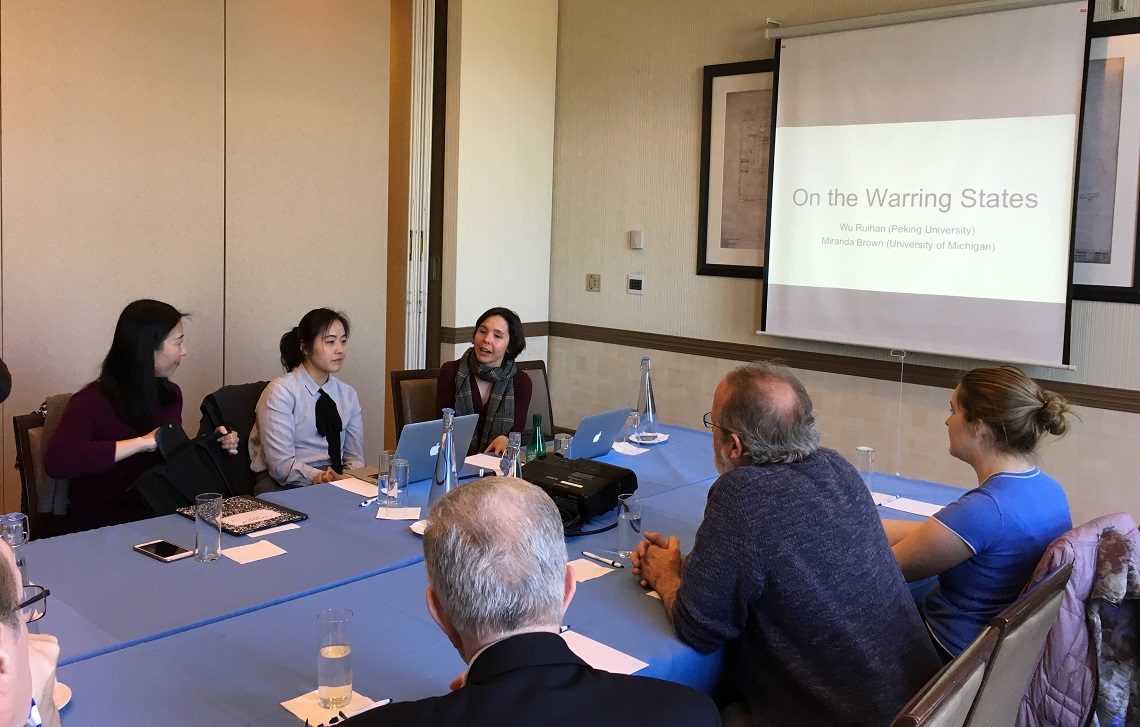 Publication in the Tang Center Series in Early China
Worlds Under One Heaven: Material Culture, Identity, and Power in the Northern Frontiers of the Western Zhou, 1045–771 BCE – Yan Sun
Forthcoming
Mediation of Legitimacy in Early China: A Study of the “Neglected Zhou Scriptures” and the Grand Duke Traditions – Yegor Grebnev