An Archaeological Study of the Formation of States on the Jiaodong
Peninsula in Late Bronze-Age China, 1000-500 BCE 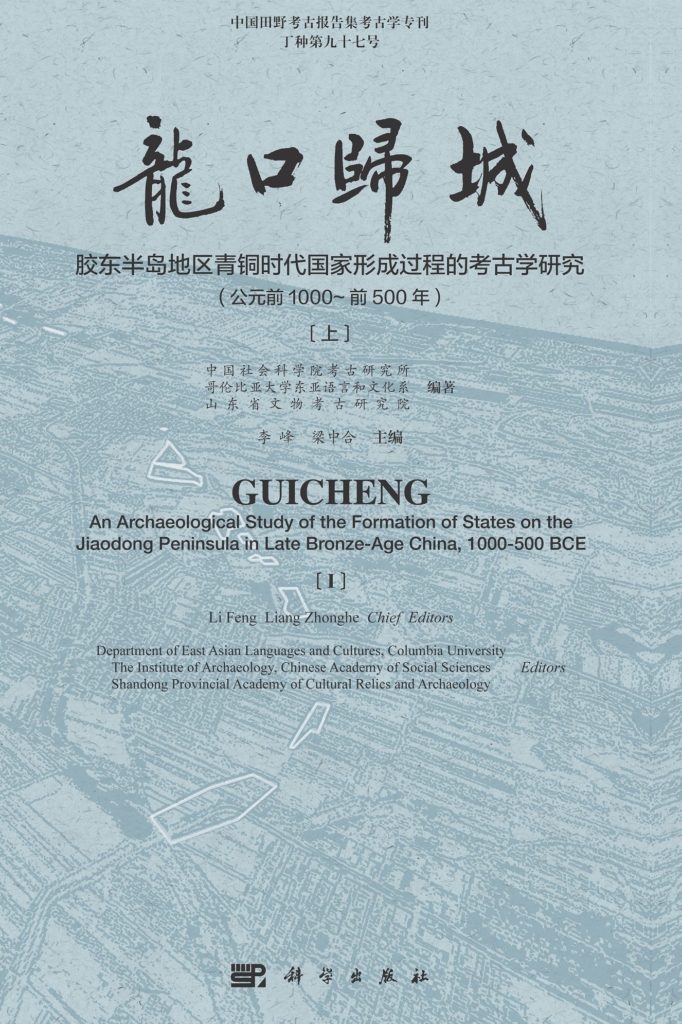 The Institute of Archaeology, Chinese Academy of Social Sciences

Guicheng is an important Bronze-Age city-site of 8 km2 located in Longkou in eastern Shandong. Guicheng enjoyed a high degree of political dominance and cultural diversity until its conquest by the state of Qi in 567 BCE. This Chinese-English full-text bilingual monograph presents the results of the international collaborative archaeological survey and test excavations conducted by Columbia University, the Institute of Archaeology (CASS), and the Shandong Provincial Academy of Cultural Relics and Archaeology in 2007-2011. The book has two volumes: Volumes I includes ten chapters that describe the fieldwork and its results, and related analyses. Volume 2 includes five chapters that review the archaeological discoveries made at the city-site and the surrounding region in 1896-2006, mainly of bronzes, ceramics, and jade objects. The book also has three appendices: I. “C14 Dating of the Guicheng City-Site”; II. “Results of Flotation at the Guicheng City-Site”; III. “Animal Remains Discovered during the 2009 Test Excavations”.